Kat is a baby boomer born in a suburb of Chicago, IL. Things related to advertising, printing, marketing and art were all a part of her childhood. Kat won her first art contest in 2nd grade and then went on to win state level recognition by 7th grade in Illinois and then in her 11th grade year in Texas. After her family moved to Lubbock, TX in 1973, she painted her first mural. Over the next three years, Kat left three other murals in Monterrey High School.
Kat moved to Chattanooga, TN in 1980 to marry and raise a family. For the next 13 years, her art talents were largely mobilized into art lessons for other home-schooled kids, backdrops and face painting for elementary school plays and in the decorations of classrooms, as well as in/on the many birthday cakes for her five children.
After a divorce in 1993, Kat went back to college to earn her Associates in Applied Science in Advertising. While at Chattanooga State she won many awards in both graphic and fine arts, including placement in a
USA Today contest and acceptance into a juried sidewalk show at the prestigious River Gallery in Chattanooga. She also won the first ADDY awarded to a student in the Chattanooga area in 1995, and founded the student ad club at Chattanooga State.
Kat returned to mural painting in 1998 and now has painted hundreds of school murals, church murals, commercial murals and residential murals in eight states. Her styles range from cartoons to photo-realistic. Chattanooga murals include The Car Barn of Chattanooga, Rodizio Brazilian Steakhouse, Southside Social, Signal Mill, Park Place Restaurant, NoBaked Chattanooga, Battlefield Outdoors, other local businesses, and in many schools all over Georgia. They know who to call when they need interior and exterior murals, as well as award-winning graphic design. 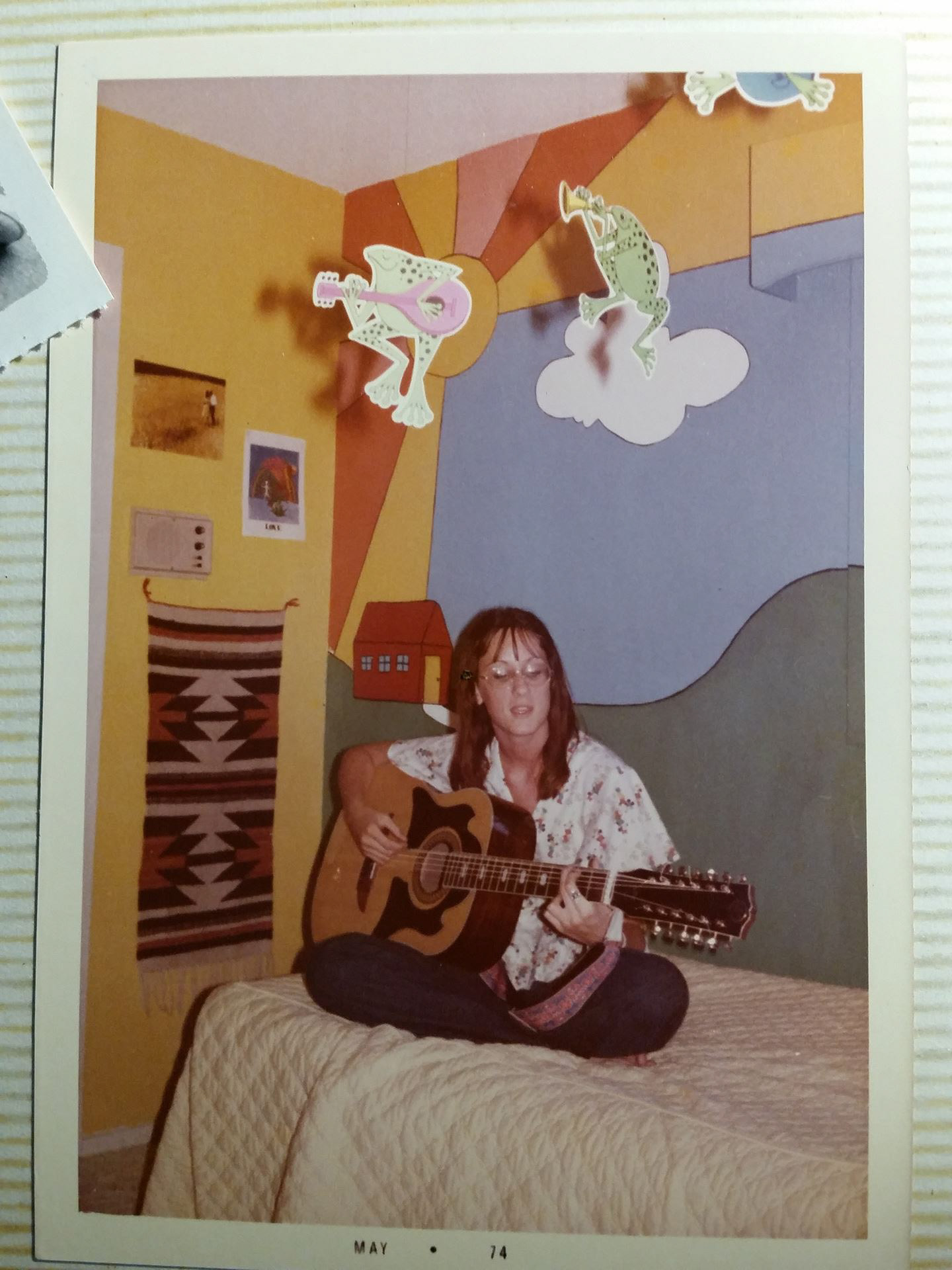 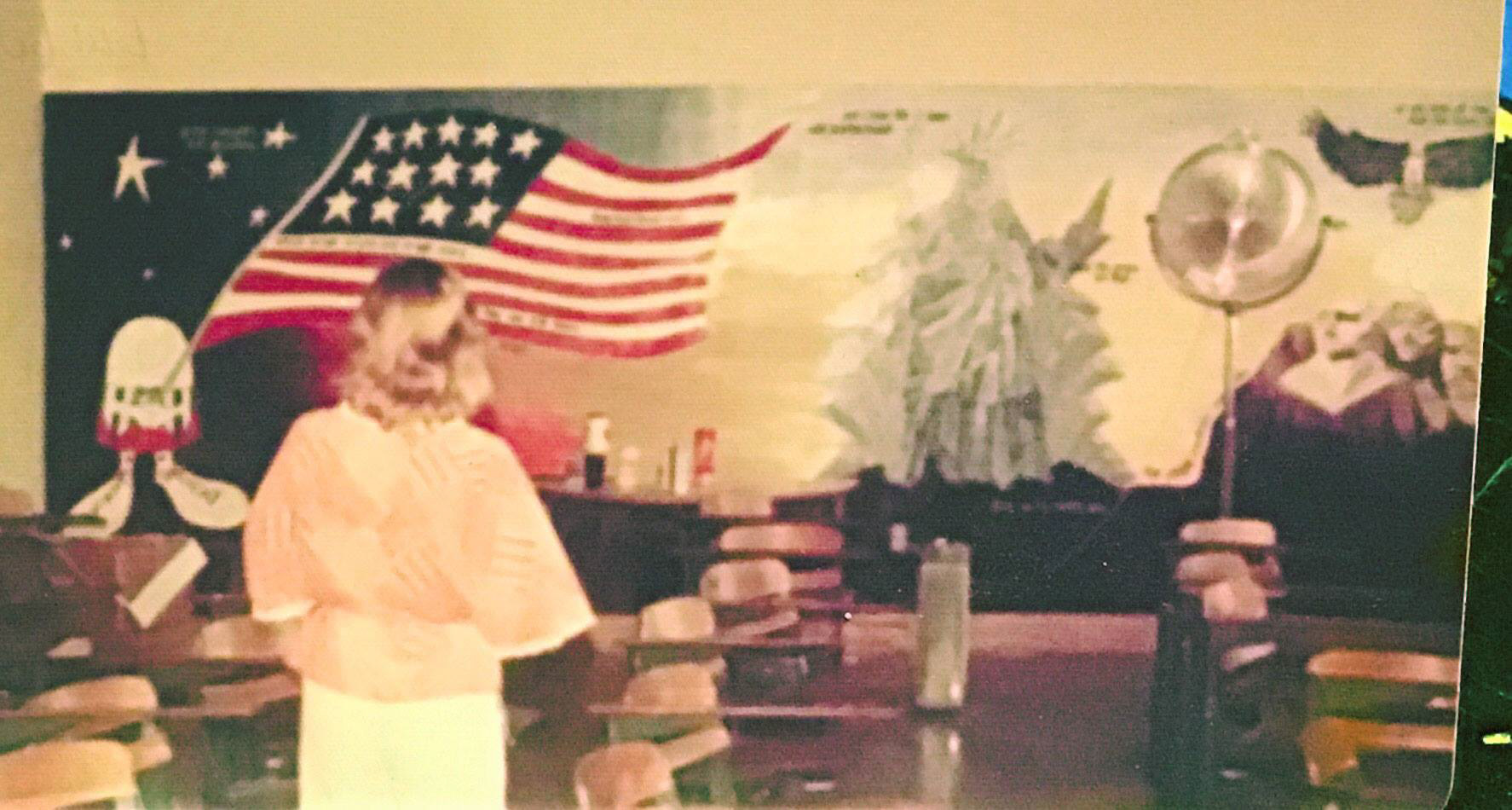 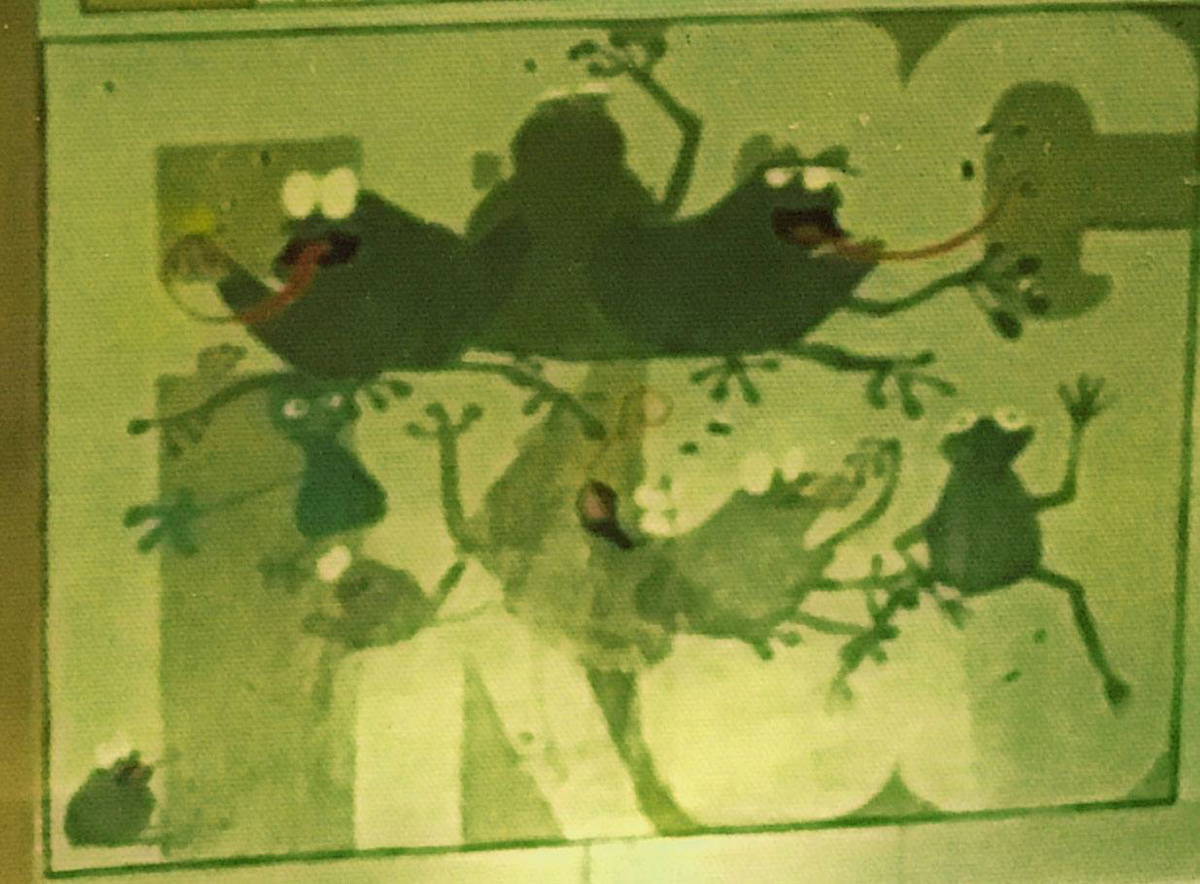 Kat's first murals - from L to R: her own bedroom mural, extended to the valance board and window shade (somewhat visible in the pic) in a Peter Max style, 1973; a mural designed and painted for her American History class at Monterrey High School in Lubbock TX, 1976; and a frog mural painted in the cafeteria of Monterrey High School, 1975.
Painting big has never bothered Kat. In fact, it's been a fun and welcome challenge for nearly 50 years.